Made in MN: Lift Bridge, Stillwater 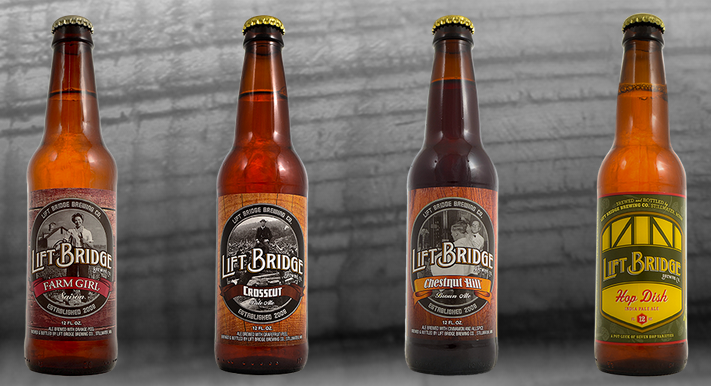 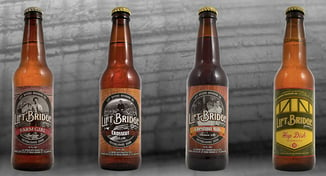 A historic lift bridge dominates the scenery in Stillwater, connecting Minnesota and Wisconsin over the St. Croix River. And, it’s that particular lift bridge that is the namesake of a craft beer making a splash throughout the state. Some breweries start out as ideas over beers. Some start with home-brewers in garages. And others, like Lift Bridge Beer Company, get their start in a basement in 2008. From the cellar to the taproom to the beer coolers at our stores, these guys have crafted a winning formula.

Here’s the lowdown on year-round offering of craft brews from our friends at Lift Bridge:

If you like their yearly brews, you’ll love their seasonal beers like the Mango Blone, Citra Kellerbier, and Getway Pilsner, and Limited Release brews – Commander, Irish Coffee Stout, Biscotti and Silhouette.

The taproom in Stillwater is also making headlines for its events, with two special ones on the roster.  September 12 is their anniversary party, and on September 13, they’ll host Poli-NATION – an event to raise awareness for the importance of bees.

Pick up your favorite Lift Bridge beer at any of our Haskell’s locations, or have it delivered to your door with the Drizly app.