Made in Minnesota: Summit Beer

The St. Paul Brew That Launched a Brewery

Before the current trend of microbreweries popping up in every corner of the state (not that there is anything wrong with that), one man with a passion for beer made history. Mark Stutrud founded this now iconic St. Paul brewery in 1986—a good 29 years ago.  It started small and now has become a staple for many Minnesota beer lovers. But what makes Summit beer so darn good is that it is simply good darn beer.

The craft beer that brought Summit Brewing its early accolades is its first offering. They call it the “the brew that launched a brewery.” We call it the Summit Extra Pale Ale or Summit EPA.  From kegs to bottles, and now in 12-ounce cans, this is the beer you buy when you want to make everyone happy – and you will.  It’s been winning medals longer than many of us have been of legal age.

Summit Brewing has more than a dozen beers in their wheelhouse, with seven year-round offerings, five seasonal brews, and a few extra special limited-release bottlings. 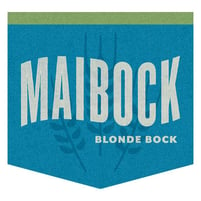 Summit Maibock – it’s a spring favorite. Pour yourself a glass of this seasonal German-style beer (sure you can drink it right from the bottle but it’s worth the effort of a pour) and sit back and enjoy. This blonde bomb goes great with smoked meats. It’s time to fire up the grill and get those brats on. This is the beer you want.

Year-round beers you need to know:

One way to experience these beers on your own is to go to the source. We’ve long loved the free tours at the Summit Brewery in St. Paul and the opportunity to sample the suds.  You’ll need to check their website for tour information and to make reservations.

Stutrud‘s commitment to making great beer and to supporting our local community is evident in all that Summit Brewing does—we’ll toast to that. Minnesotans love their beer. We always have. And, we’re pretty lucky to have robust, highly crafted Minnesota-made beers available at arms reach.

Stop by any of our Haskell’s locations to pick up a six-pack. Not sure what to get? Sampler packs are a great way to sip your way to a new favorite.